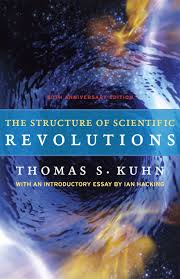 Thomas Kuhn was among the most influential philosophers of science of the 20th century. His book, The Structure of Scientific Revolutions,changed the way we think about science. Because of conflicts with received wisdom, Kuhn’s ideas initially encountered strong resistance. Now they have become the received wisdom in academia, and his book is among the most widely cited academic books of all time. Nonetheless, its central ideas remain unfamiliar to the general public.

The European Enlightenment was a revolt against all traditional ways of thinking. It attempted to replace baseless superstitions by the certainties of science. The pure, elegant and simple laws of natural science came to be seen as the measure of all human truth. Science was the sole guarantee of progress in this world. Modern thought inherited a neutral, value-free, objective image of science from the Enlightenment: “At the heart of modernity is the trust or faith in scientific reason, as the source of vast powers and authoritative guidance.” Scientists came to be regarded as heroes. They were unbiased, dispassionate and toiled selflessly for the advancement of knowledge, to lift mankind out of the depths of ignorance. Three ideas about science and scientific knowledge came to be widely believed. The first that despite occasional errors, scientific theories are true. Second, that science progresses. We start with a small foundation of basic laws and gradually build upon secure foundations to expand our knowledge, moving to greater heights of understanding. Third, that science is the only path to knowledge, and that eventually our scientific knowledge will encompass everything that is humanly possible to know. Philosophers of science poured substantial effort into proving these three ideas, but ultimately failed to do so. Nonetheless the effort continues, and these ideas remain very popular.

Kuhn’s study of the history of science led to startling discoveries which cast doubt on all three of these ideas. Kuhn found that two phases occur regularly in the history of science and scientific progress. The “normal” phase consists of widespread acceptance of a core collection of ideas, which Kuhn called a “paradigm”. Normal science creates deep commitments to a particular way of looking at the world, and often suppresses fundamental novelties which conflict with received theories. One of the main jobs of scientists is to try to explain these conflicting observations and anomalies while remaining within the existing paradigm. To put it more bluntly, scientists are dogmatically committed to a paradigm, and do their best to fit all observed facts into this paradigm — indeed this is the main activity of scientists. There are a large number of strategies that scientists use to protect their favourite theories from the assault of contrary facts. However, these exceptions and anomalies often accumulate to the extent that a few rebels begin to doubt the core theories and look for alternatives. This is called the “revolution” phase — one in which the core theories of the paradigm are called into question. A successful revolution creates a new set of core theories, which are radically different and incompatible with the previous paradigm. This is called a paradigm shift. The established scientific community strongly resists change, and new paradigms succeed only when the older generation dies out and the younger generation is attracted to the fresh research problems created by the new paradigm. Of course, this description is in strong conflict with the image of scientists as open-minded people, who change their minds about theories when confronted with contrary facts. But Kuhn’s analysis causes far more damage to the conventional view of science as the ultimate standard for truth.

A key element of the Kuhnian perspective is that science progresses by sequences of revolutions, and that this is a continuous and recurring feature of science. This means that we can never be certain of scientific theories — the next revolution may prove them to be false. It is interesting to note in this context that some of the favourite ideas of Einstein have been proven wrong. Einstein was firmly convinced that “God does not play dice with the universe”. However, the quantum theories asserting that particles move at random are now firmly established. The second problem is that Kuhn’s idea of revolution means that scientific knowledge does not accumulate and progress in a linear and continuous fashion. After some progress in the “normal” science mode, a revolution discards previous theories and starts on fresh ground. Similarly, since revolutions are continuously happening and cannot be ruled out, there is no way to say that we will eventually acquire all the knowledge that it is possible to know. Thus all three central beliefs about how science works are challenged by Kuhn.

The upshot of all this is rather different from what one might expect. First, the evidence for the spectacular progress of science is overwhelming and impacts our daily lives. The mistake is to conclude from this extraordinary success that scientific theories must be true. Articles in scientific journals today often show that previously believed theories are false and propose new alternatives. Experience tells us that many theories widely accepted today will be proven wrong a decade later. Thus, the search for certainty is an illusion. Pragmatic philosophy claims that an ideology or proposition is true if it works satisfactorily, that the meaning of a proposition is to be found in the practical consequences of accepting it, and that impractical ideas are to be rejected. On these grounds, science is eminently satisfactory. A second important conclusion is that the domain of science is necessarily limited. Science can teach us how to build atom bombs, but cannot teach us whether or not it is morally permissible to use them. A vast proportion of our knowledge consists of our experiences. The range of human experience is subjective, and not observable, and hence not amenable to analysis by scientific methods. Our shared human experiences of living and loving are essential to living a good life, but are outside the scope of science.

2 thoughts on “The Structure of Scientific Revolutions”